Dear Leaders of the Global North,

Whilst the official start of the 27th international climate conference is on Sunday, the frank and solution-orientated climate negotiations at the International Conference of Youth end today.

Free from political constraints and courtesies to fossil and other lobbyist group interests, we, the global youth unites and discusses what is really at stake: Massive ecosystem destruction and thus the loss of livelihoods of billions of people.

The staggering findings of the latest IPCC report alarm that 3.3 to 3.6 billion people worldwide are acutely threatened by the climate crisis. For many, common instruments of international climate policy such as climate change adaptation and mitigation measures have not been sufficient as secure livelihoods worldwide have been and are being destroyed irreversibly by human-induced climate change.

Although this has been a reality for decades, so far international climate conferences have failed in raising adequate means for climate finance nor addressing ‘loss and damage’. Whereas high income countries are able to rebuild fast after climate catastrophes, extreme-weather events in low-income countries like recently devastatingly proven in Pakistan can lead to humanitarian crisis yet. Pakistan contributed only 0.7 % to historic global greenhouse gas emissions. Hence, it is a matter of justice. Still, industrial nations lack constructive contributions which actually correspond to the impact-dimensions of the climate emergency and even continue to subsidize fossil fuels heavily.

At COY we do not shy away from addressing climate justice, because we are well aware that the climate crisis does not know country borders. As we are not invited to the negotiation table and do not have a say in final decisions, here are our demands and expectations for COP27:

Ilyess El Kortbi, Ukraine
Instead of proposing to „put aside“ the war in Ukraine, I wish COP27 Leaders to face facts!

The Youth-led Climate Movement (Fridays For Future) is now attending the 4th UN Climate Change Conference since COP24 Katowice, endlessly demanding urgent Climate Action for a Safer Future for the younger generations. In this year 2022, a war has shocked Europe, and to my home country Ukraine. It is no secret: our dependence on fossil fuels is leading the world into war, and a rich people’s war has no sense!

I had to survive and become a refugee, and this COP is also a matter of survival for me.

I demand that the war in Ukraine be recognized as a Climate War!

I wish the Leaders at this COP to face this reality and Act Now!
Because tomorrow is already too late. 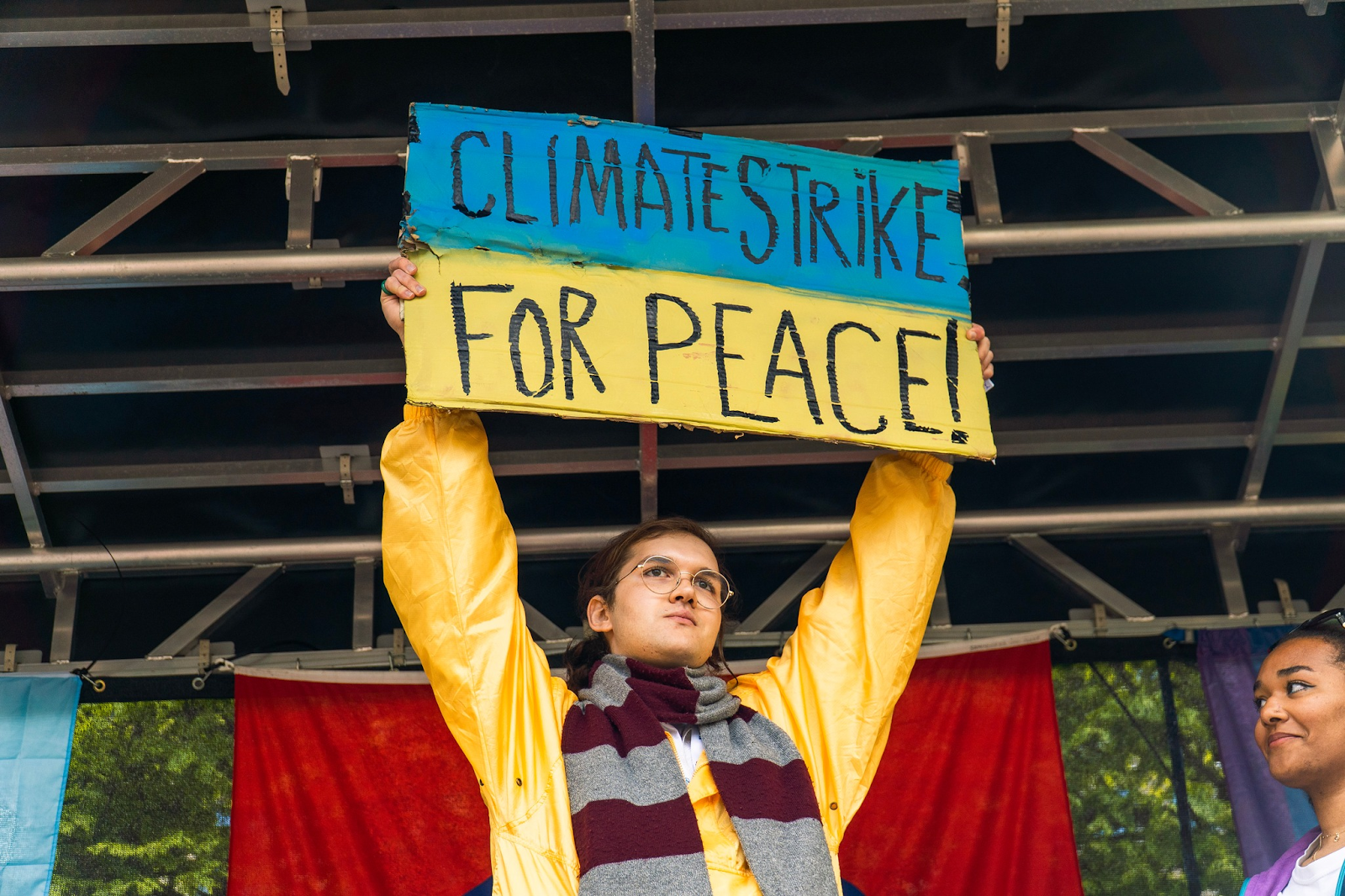 Climate change will affect everyone, but will affect everyone disproportionately. Already, facing the harshest impacts of the climate crisis are those who live in the margins, made more vulnerable each passing day, inc. indigenous peoples, women, and the youth. These sectors on the ground will continue to face losses and damages unless our governments agree, with neither compromise nor delay, on the creation of a loss and damage financing facility: that is additional to existing funding on adaptation and mitigation, that is not loan-based, and that is equitable, accessible, and just.

Now, as ever, the youth look at world leaders, especially those from the Global North, demanding that action is done today.

Ever since the signing of the Paris agreement, US$ 4.6T have been invested in the fossil fuel industry and yet the announced hundred billion dollars yearly of International Climate low Finance from industrialized countries are still just a promise.

At COP 27 I am hoping for a legally binding decision on climate  finance, a strong stand on loss and damage facility because these are very important  for adaptation of my community: We have had a drought in which over 600 people died. It was a climate change induced drought which resulted in a food crisis – the Karamoja food crisis. Another community, Kasese was heavily hit by floods and Mbale by land-slides. The destruction of property and lives was beyond imagination and it was devastating to witness that the government does not have capacity to help such communities recover from these losses and damages, not even to strengthen their resilience. I will participate in COP27 with only glimmering hope since in the past, promises have been broken. 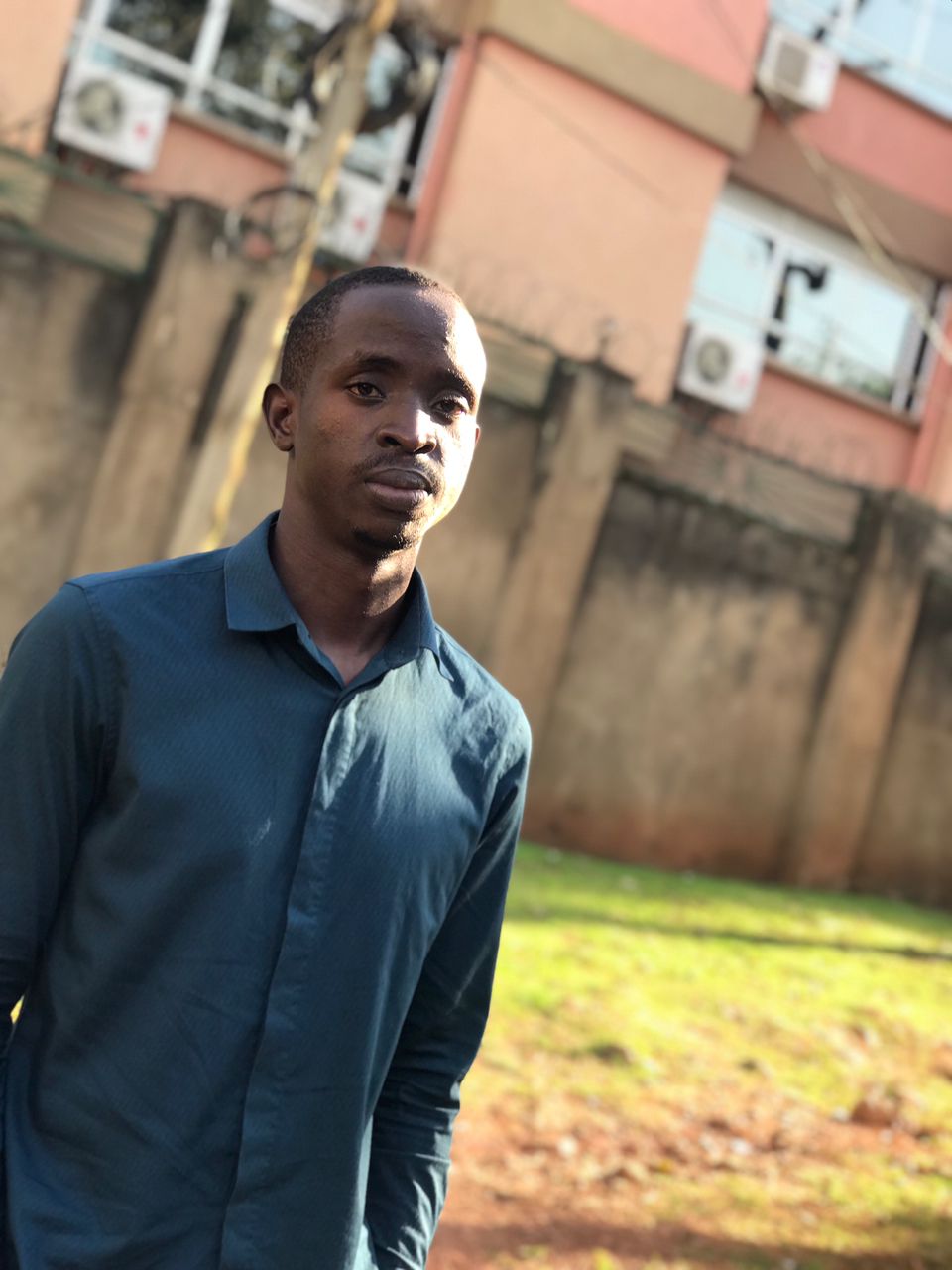 Canada emphasizes a ‚just transition,’ without consulting Indigenous communities most impacted by environmental dispossession and climate change. Indigenous peoples are facing the brunt of loss and damages, while Canada implements false solutions in pursuit of their economy. Canada continues to disregard Indigenous rights, and severely attacks those protecting our homes on the frontlines with police violence and laws of intimidation. As Indigenous people protect our lands and waters, they are protecting our cultures, governance, and languages. The loss and damage we face in the climate crisis is the loss and damage of our distinct identities, and the places we come from as the original peoples. We will not meet our targets without recognizing the role Indigenous sovereignty plays in creating a just climate future for all. 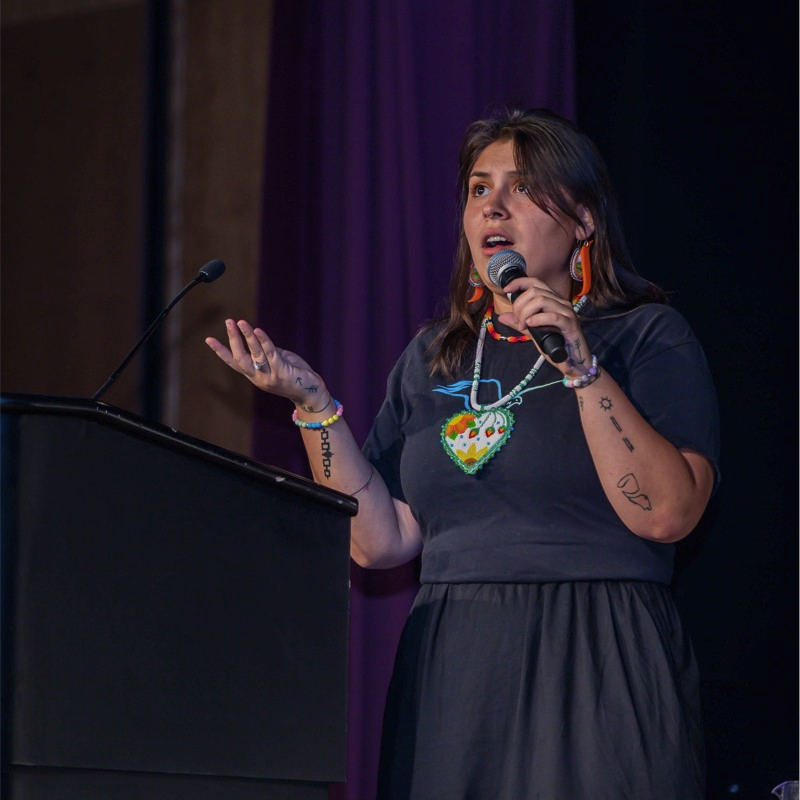 The destruction of Mother Nature has caused and is aggravating the climate crisis. We, as young indigenous women have learned from the ancestral wisdom of our elders, that it is necessary to treat the Ina Ktipatsi (Mother Earth) as a living being and thus to recognize her as a legal entity with proper rights to be protected. Our existence in indigenous territory gives us the responsibility to defend Mother Earth from all forms of colonialist power-plays and extractivism that reduce her to a material resource. Our role is to follow the legacy of indigenous women to defend all forms of life, not only human, as we understand that our own livelihood depends on it. Hence, we demand to stop polluting our rivers, exploiting our mountains, and cutting down our forests for the purpose of economic interest. These are no economic resources, they represent sacred places of our worldview. 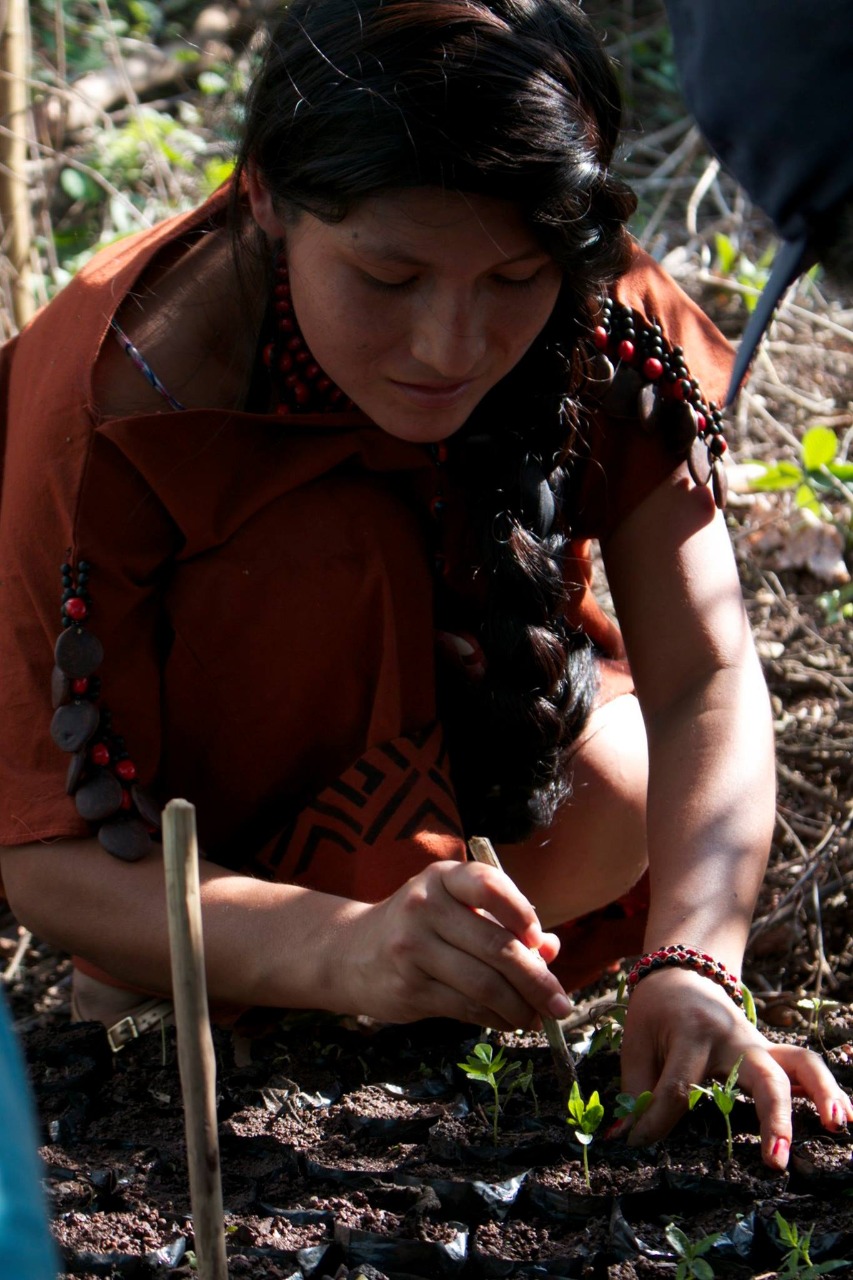 According to the UNEP there is currently an adaptation gap of 70 billion. The current funding does not even get us half way through addressing the inequalities let alone building resilience in the vulnerable and marginalized communities.

The world leaders are evidently less interested in investing more to the future of children, youth and the future generations. Nonetheless, it only inspires the children and youth to take concrete robust actions to include their rights in the decision making tables. One of the great examples of this coordinated advocacy is the Declaration on Children, Youth and Climate Action which calls for the first ever COP decision for the children and youth in the 30 years of history of the UNFCCC.

Climate justice is a matter of political will. And the youth of the world are coming together, from those on the streets to those at the negotiating tables, they are amplifying the momentum to make the world realize that we are dealing with a major existential crisis and the time to act is now! 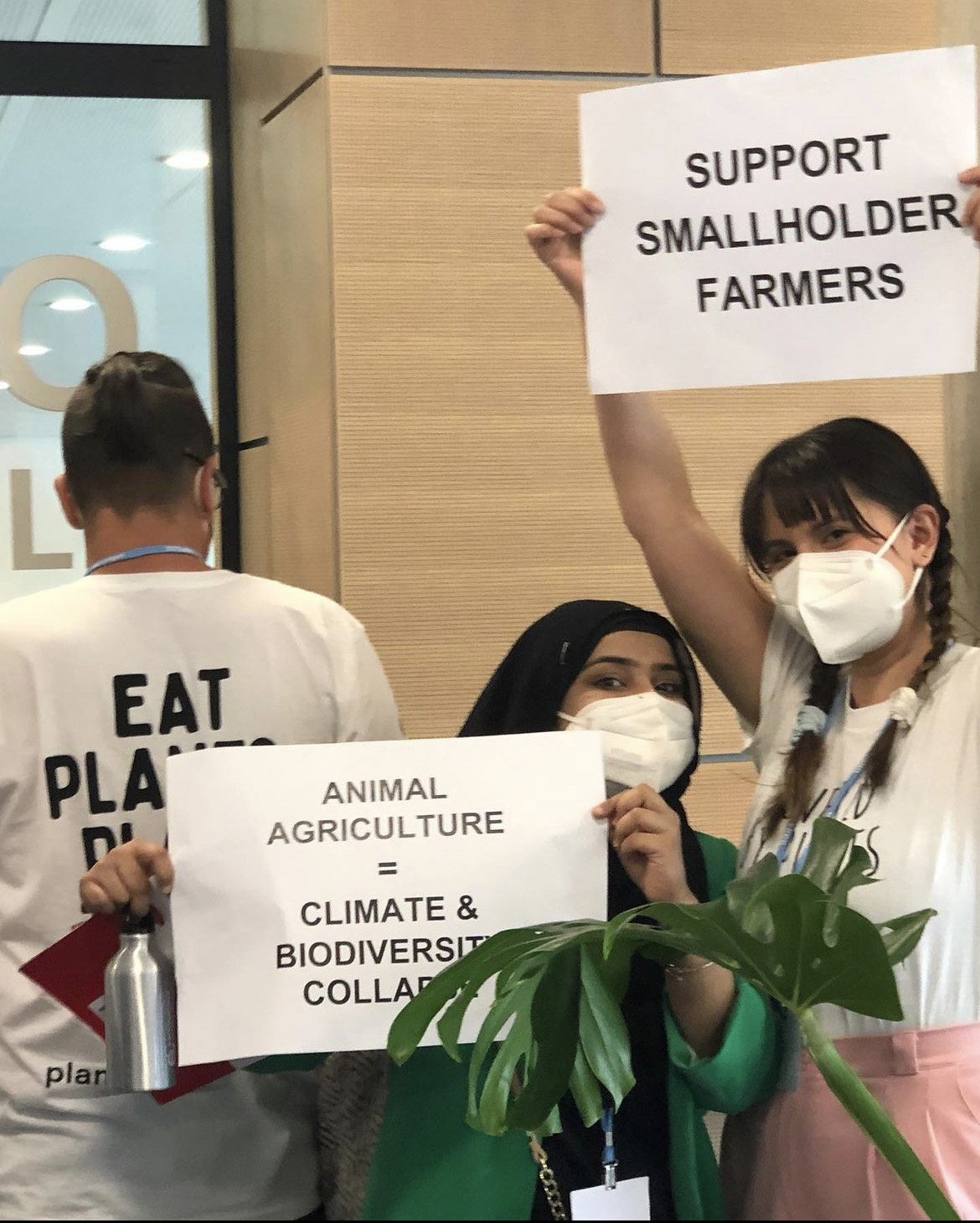 If COP27 is already known as ‚African COP‘ it should also be reflective of its name and actually take the needs of the African people into consideration.  At COP 27 politicians finally need to deliver, rather than announcing pledge after pledge! We cannot feed on pledges, we need real action! There have been 4 consecutive failed rains in the horn of Africa, in countries that mainly rely on agriculture for subsistence. That makes them extremely vulnerable to the changing climate. My community, which is a pastoral community in Kenya, depends on livestock keeping as their main economic activity. Due to human-induced climate change, we no longer have the livestock we once had. We became poor and my community faces many social problems. The extent of loss and damage needs no further explanation, we deserve reparations!

We young people understand that we are the last generation to save the planet and to deal with the climate crisis with the seriousness it demands.

I am part of Fridays for Future and MAPA (Most Affected People and Areas) movement and I expect that the political and business leaders will prioritize the voice of MAPA’s youth and indigenous leaders at COP27.

Plans and goals for 2030 or 2050 are useless, if we do not act now. Politicians must finally deliver what they promise. If not, our present and future lives and livelihoods are at risk!

My dream is to see young people occupying spaces at the negotiation tables and actually contributing to the decision-making process.

As a youth from the Sahel region of Africa, I am compelled to witness the effects of climate change on the livelihoods and socioeconomic development of my people. Many farmers have lost their farmlands. Every year harvest yields get lower due to the erosion and infertility of the soil, taking away the basis of income and livelihoods. Women, who were once known for rice cultivation have lost all their economic activity because of the intrusion of salt water into their fresh water rice fields. The natural forest stock vanishes causing heavy winds and storms to destroy homes and the loss of wildlife.

The loss and damage my region experiences today are the result of GHG emissions that have been emitted extensively by the Global North. As a climate activist and representative of my people I demand for COP27 to deliver on adequate climate finance, compensation for loss and damage, and a strong Global Goal on Adaptation, including the restoration of the lost ecosystem, and the deployment of sustainable energy 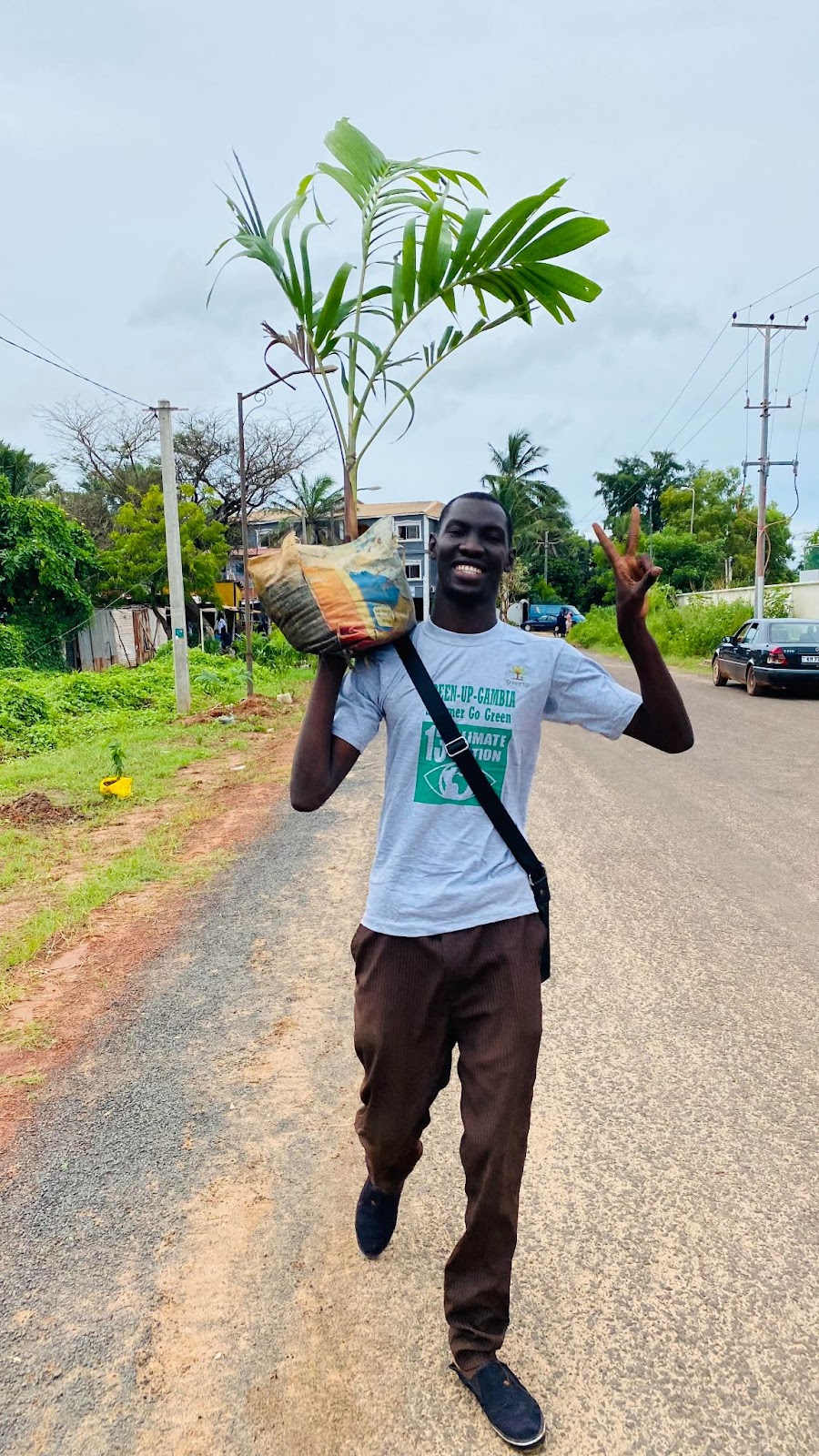 Soon, all countries will experience significant losses and damages due to climate change; not only the most vulnerable nations or the poorest economies.

Our future is at stake and 3.6 billion people are already affected today!

We ask world leaders to see the bigger picture; we can’t afford to leave anyone behind and the Global North will suffer too by the low resilience of the Global South.

We urge leaders of the Global North to lead by mobilizing climate finance focusing not only on mitigation but also on adaptation as well as loss and damage.

The establishment of an official finance facility for loss and damage is critical at the moment, for the sake of all of us.

Leaders of the Global North, it is on you to demonstrate that climate justice is not just an empty promise. We demand a signal which strengthens the global trust in international cooperation. It has been long overdue to put the preservation of our all livelihoods at the center of collective action – instead of unilateral deviations. This is a matter of political will.
We urge you to step up to your legacy and acknowledge your historic responsibility.

Our future is at stake. Civilisation as we know it is at stake. The climate crisis is a question about life and death. Our future depends on your actions. We expect that you consider this in your decisions. Recognise the seriousness of the situation. Act accordingly. And become part of the solution. Our generation and all future generations will measure you by this.